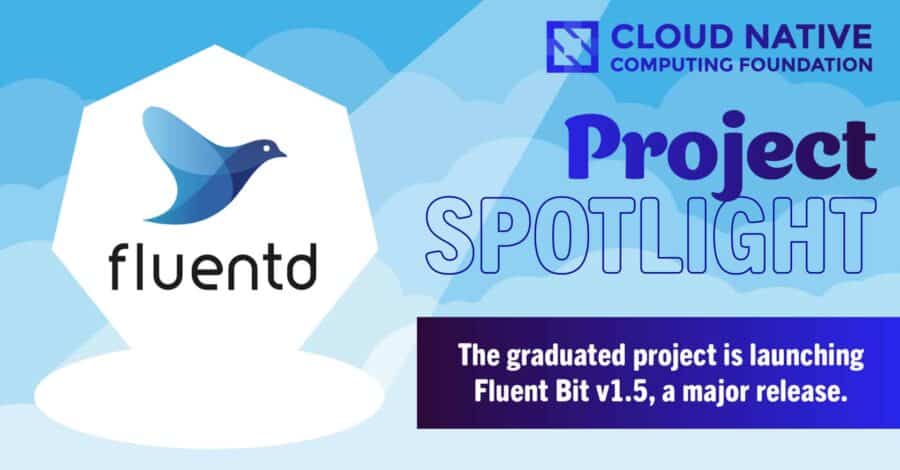 Congratulations to the Fluentd project for the release of Fluent Bit v1.5! We’re spotlighting Fluentd, which graduated within CNCF last year, for this major release from its sub-project Fluent Bit.

“Fluent Bit v1.5 is a great milestone for the community,” says Fluent Bit maintainer Eduardo Silva. “What makes it special is the joint work of many companies that use it internally and with their customers. On this release we see contributions coming fromAmazon,Google,Sumo Logic,LogDNA,New Relic and 2nd Quadrant, among others. All these companies are adopting Fluent Bit to solve their logging needs. They either use it as a standalone service or together in combination with Fluentd. On this release we are providing certified connectors for the services provided by these companies.”

Another important development is the integration with Google OSS Fuzz on critical parts of the Fluent Bit code base, which is fuzzed 24×7. “From a performance perspective, we did even more improvements reducing overall CPU and memory under high-load scenarios,” adds Silva. (For more details about the release, join his Fluent Bit v1.5 webinar on July 17.)

But that’s not all the Fluentd project has accomplished this year. Fluentd maintainer Masahiro Nakagawa notes that Fluentd users often deploy the service and “barely touch it again since ‘it just works.’” But that also meant that several companies were using very old versions of Fluentd, particularly v0.12. “So this year we worked together with the community to help in the migration phase toward the latest improvements, which has been a major milestone for us,” he says. With that work done, the team has been “focusing on stability and strong connectivity during our v1.x cycle,” Nakagawa says. One notable new initiative is providing Fluentd packages for Arm64.

For community members, Nakagawa says there are different ways to contribute. “If you are a developer, you might want to be interested in writing an extension for Fluentd, either an input, parser, buffer, or output plugin,” he says. “Written materials are always welcome! If you want to write documentation, tutorials or arrange webinars, you are welcome to participate. Every person who has experience with Fluentd as a user likely is in a position to share some level of knowledge. Just raise your hand and you will get our support.”

With Fluentd and Fluent Bit growing on many platforms – cloud native, IoT, and more – the team hopes to “continue working towards community needs and solve any hard challenges end users are facing in the data management space,” says Nakagawa. “Fluentd has been around for 9 years, and even today we see new challenges to solve. Next year Fluentd turns 10 years old! It will be a great time to launch Fluentd v2.0.”