Today, we are publishing our first CNCF Technology Radar, a new initiative from the CNCF End User Community. This is a group of over 140 top companies and startups who meet regularly to discuss challenges and best practices when adopting cloud native technologies. The goal of the CNCF Technology Radar is to share what tools are actively being used by end users, the tools  they would recommend, and their patterns of usage.

A technology radar is an opinionated guide to a set of emerging technologies. The popular format originated at Thoughtworks and has been adopted by dozens of companies including Zalando, AOE, Porsche, Spotify, and Intuit.

The key idea is to place solutions at one of four levels, reflecting advice you would give to someone who is choosing a solution:

The CNCF Technology Radar is inspired by the format but with a few differences:

During May 2020, the members of the End User Community were asked which CD solutions they had assessed, trialed, and subsequently adopted. 177 data points were sorted and reviewed to determine the final positions.

This may be read as:

Cheryl Hung is the Director of Ecosystem at CNCF. Her mission is to make end users successful and productive with cloud native technologies such as Kubernetes and Prometheus. Twitter: @oicheryl

We are excited to provide this report to the community, and we’d love to hear what you think. Email feedback to info@cncf.io.

In May 2020, the 140 companies in the CNCF End User Community were asked to describe what their companies recommended for different solutions: Hold, Assess, Trial, or Adopt. They could also give more detailed comments. As the answers were submitted via a Google Spreadsheet, they were neither private nor anonymized within the group.

33 companies submitted 177 data points on 21 solutions. These were sorted in order to determine the final positions. Finally, the themes were written to reflect broader patterns, in the opinion of the editors. 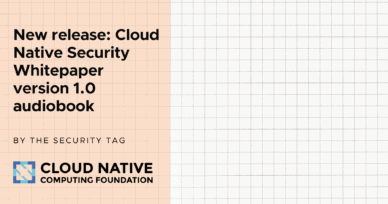 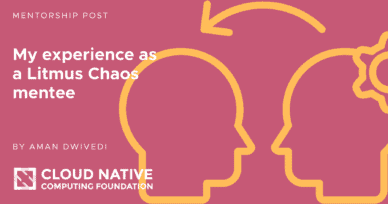 My experience contributing to LitmusChaos as a student 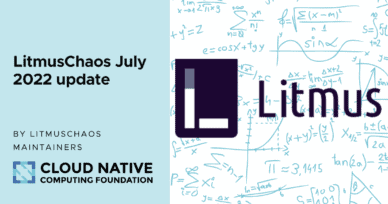