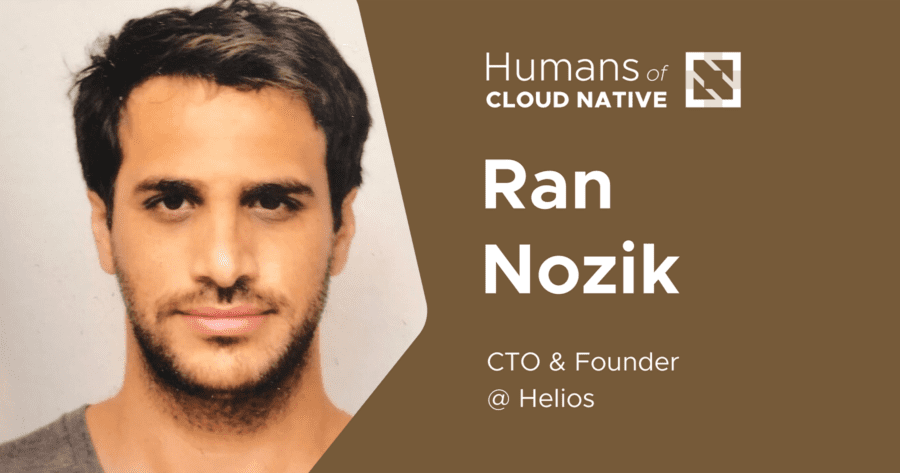 It’s part of our strategy to contribute to open source. Not only because it’s an idealistic thing, which is true, but because it also serves business strategy

As a founder of Israeli start-up Helios, Ran Nozik has built a business founded on an open source ethos – from the tools they build, to pushing developments back into the community so that everybody can benefit.

“We are active in Open Telemetry, in Node JS, Python and Ruby, and one of the Helios team contributed the Kafka client instrumentation in Python,” said Ran. “Thousands of developers are using it today and we’re very proud to say that we were able to make this contribution.”

Open Telemetry is one of the largest incubating projects at CNCF and Ran and his team regularly commit contributions, from bug fixes to new features. In fact, they’ve made a number of enhancements including enabling developers to collect more data from HTTP requests, messaging systems and databases, and enabling custom context propagation for AWS Lambda.

“We assume that Open Telemetry is going to be everywhere. So whenever we develop a feature for our customers and realize there’s a missing feature or bug fix in OpenTelemetry, we contribute it back to the community. Together, we’ll have all the features we need,” Ran explained.

“I think there are so many benefits in getting involved, especially since we rely on Open Telemetry. And since I’m involved with what’s happening with the maintainers, quite often I’ll realize that the feature I needed and have not implemented was implemented by someone else with amazing timing!”

Making active contributions part of the day-to-day at Helios means not only that the Open Telemetry project continues to grow rapidly, the team also has the opportunity to give back to #TeamCloudNative and grow their careers as open source developers.

“It’s not like we’re a huge company. I know some larger companies can hire people specifically to contribute to open source, which is a huge privilege that we don’t have,” Ran explained. “Hopefully one day we will, but today, we’re only 15 people, yet being active in the community and helping build this project is something that comes very naturally to us. And it’s fun!

“Engineers are always excited about open source, even though many of them never do anything about it – the same as me, by the way, until I started this company,” Ran said. “So it’s something that I tell people: ‘if you come work for us, you’ll contribute.’ And this is a good selling point for developers, at least in Israel, and I’m sure everywhere.”

If you’re feeling inspired by Ran and the Helios team’s contributions, take the next step and come contribute your awesomeness to CNCF!

“I would say don’t be shy, really,” Ran said. “I was even initially a bit shy in terms of, you know, do you want to just open a pull request without talking to anyone about it first? Honestly, just do it. Don’t hesitate. Don’t wait for someone to tell you to do it. Just try it. People are super friendly and super nice. They have standards you need to follow, but you get used to it rather quickly.”

You can start your cloud native journey anytime – we welcome all contributors, whether you’re a coder or a creative. You can find out how to take your first steps on the contributors page and join the community conversations on the CNCF slack channels.