Google Summer of Code (GSOC) program 2018 has come to an end and we followed up with CNCF’s seven interns previously featured in this blog post to check in on how their summer project progressed. 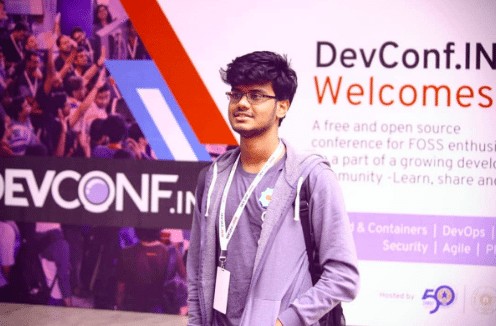 It was February 12th when Google posted the list of organizations that will be participating for the Google Summer of Code 2018. During my internship with Hasura, I came to learn about the existence of Cloud Native Computing Foundation and all their projects. Having heard about CNCF’s success from the people who participated in Google Summer of Code with CNCF the previous year, I was interested in sending a proposal to CNCF, but had no knowledge on any specific project or domain to work on. The CNCF projects which participated in GSoC (Kubernetes, Prometheus, Envoy, CoreDNS and few more) had huge codebases, which was overwhelming for me at first. Though most codebases had parts of code written in different languages, the majority usage was Golang. I wanted to learn Go, find low-hanging issues, fix them and then work on a proposal. But I realised it was late to learn a new language with just a few weeks left for the program to begin, and it would be even more difficult to write code for the projects since the projects are not beginner friendly.

I previously worked with a C++ codebase and was looking for projects which were built with C++. I came across Envoy, and noticed that this was the first time for Envoy to participate in GSoC. You can read about Envoy here: https://www.envoyproxy.io/ – Envoy is a service mesh initially created at Lyft, with codebase in C++. It’s designed to minimize the memory and CPU footprint, while offering load balancing, network tracing and database activity in micro-service architecture system.

I spent a few days learning what Envoy was and took part in one of the community meetings. Even though I didn’t understand what they spoke technically, it was a good experience on how people were in touch with each other remotely and worked collaboratively on a project. I had talks with Harvey Tuch, who was already working on fuzzing for Envoy. Matt Klein told me that I’d be working with him and extending the fuzzing support for Envoy.

My last exam and the community bonding were both on the week of May 2nd. With no exams, I was able to spend more time on GSoC. We had video calls to get things started. There was an ongoing issue with all the fuzzing support needed for Envoy: https://github.com/envoyproxy/envoy/issues/508

I became part of the Envoy GitHub organization and was assigned the issue to work on. Harvey gave me a quick intro on the library Envoy was using for fuzzing: oss-fuzz, and there was a guide on getting started with writing fuzz tests. I started working on fuzzing utility functions in Envoy, such as the string functions, and then gave a pull request to the repository: https://github.com/envoyproxy/envoy/pull/3493. After a series of code reviews and suggestions, followed by fixing them, the pull request got merged which marking my first contribution to Envoy.

For the second evaluation, I picked up the configuration validation fuzzing tasks, and the task was supposed to be a small fix to the existing server fuzz test, but it took me time to get that figured out. I also started working on the H1 capture fuzzing test. H1 fuzzing is on both the request and response path as of now, i.e. fuzzing happens both downstream and upstream, with direct response enabled the fuzzing happens only in the downstream. A response like a file is thrown instead of connecting to the upstream.

OSS-Fuzz is a project by Google which helps open-source projects be more secure and stable by fuzzing the codebase with fuzzing engines. I got access to Envoy’s OSS-Fuzz dashboard and started working on the issues present there. I picked up simple tests which were failing because of a failure in assert, and fixed them by proper error capture or adding bazel build constraints. Some PRs needed changes to other repositories as well, raised issues there as well.

Work done during the summer:

Owe my biggest thanks to:

If you’re an aspiring GSoCer, go ahead and apply to CNCF, you’ll have an awesome summer. You can get in touch with me for any queries on getting started. You can find my contact details here. Will be happy to help! 🙂