Ariel Jatib, StackPointCloud, sat down with Kaitlyn Barnard, Cloud Native Computing Foundation (CNCF), to talk about cloud native, trends in the industry, and being an Ambassador. Below is their interview. You can also view the video. 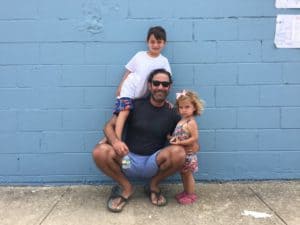 Kaitlyn: Thank you so much for joining me today, Ariel. You’re one of our CNCF Ambassadors and you help me out by moderating some of the webinars for the CNCF webinar series, which I’m very grateful for. Can you start by introducing yourself?Ariel:

My name’s Ariel Jatib. I’m one of the founders of a company called StackPointCloud. We make it really easy to deploy and manage Kubernetes clusters and other cloud native technologies.

Kaitlyn: How did you get started in cloud native?

Ariel: We predate the CNCF a little bit. As Kubernetes was coming out of Google, we started organizing a couple of different meetups around the country, including the one in New York.

Kaitlyn: In your experience, what is the biggest challenge for adopting and scaling cloud native applications right now?

Ariel: A lot of it has been education focused. And that’s been one of the central roles for the meetups. There’s a lot of emergent projects and technologies that are associated with the cloud native movement and the meetups are a great place to go and learn about how to implement and leverage these technologies in end-user environments.

Kaitlyn: Why did you want to be a CNCF ambassador?

Ariel: Early on, as we started organizing these meetups, we connected with organizers in other cities. And one of the things I did, having a background in design, was designing logos for all these other local meetups. When the CNCF Ambassador’s Program was put together, that felt like a natural extension, as a lot of those people participate in the program.

Kaitlyn: That’s so cool. What is the most revealing DevOps or cloud native stat that you’ve heard recently, and why?

Ariel: I think, actually, the growth of KubeCon. That has been amazing. I was in Austin late last year, and I don’t think any of us expected to have higher turnout here, this year, in Copenhagen than we had just a few months ago.

Kaitlyn: All right, so we’ve been talking a lot about how we both have some type of background in film, which ruins you for watching movies and having a critical eye for them. I know Atomic Blonde is one of the movies we were talking about. What is your favorite song from the movie?

Ariel: Oh, that’s a great question! I’m going to go with the one that’s resonated most with my seven-year old and that’s Der Kommissar, The 7″ Mix. Got to please the kids. It’s great when you can seed those kinds of things with them early on. 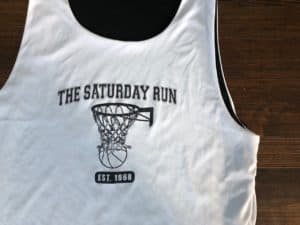 Kaitlyn: I also just learned that you’re on a basketball team.

Ariel: Yes, I still play basketball, so it’s not necessarily a team. It is a pickup game that’s been running for about 50 years, multi-generational. We have folks approaching 70 years old. We run full court, and we have people as young as 16 / 17 and their dads also play in the game. We play twice a week on the weekends really early, and it’s been such a gift to connect with people in that way.

Kaitlyn: Very cool. Awesome, well thank you so much for joining us today. Really appreciate your time.