Skip to content Accessibility help
By Kristen Evans May 16, 2018

Since it was started in a dorm room in 2003, Squarespace has made it simple for millions of people to create their own websites. Behind the scenes, though, the company’s monolithic Java application was making things complicated for its own developers to keep improving the platform. 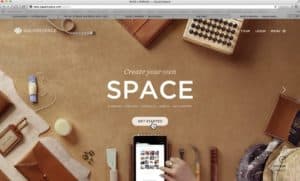 Read this case study to learn about the company’s transition to Kubernetes in order to keep up with the demand for new features. After a couple months of configuring and testing, they had a stable Kubernetes cluster for their internal use and began rolling out Kubernetes for production. They also added Prometheus, fluentd and Zipkin to their cloud native stack.

According to Kevin Lynch, Staff Engineer on the Site Reliability team at Squarespace, “once you prove that Kubernetes solves one problem, everyone immediately starts solving other problems without you even having to evangelize it.”

Going forward, all new services at Squarespace are going into Kubernetes and the end goal is for the company to convert services and applications they can. To learn more about how organizations are transforming their performance with cloud native technologies, watch keynotes and sessions from KubeCon + CloudNativeCon EU, which was recently held May 2-4, 2018 in Copenhagen.