A little over two years ago, CNCF was created and its technical leaders welcomed Kubernetes as its inaugural project. Since then it has quickly gained many new contributors and broad participation from numerous organizations, cloud providers and users. Compared to the 1.5 million projects on GitHub, Kubernetes is No. 9 for commits and No. 2 for authors/issues, second only to Linux.

Established, global organizations like Uber, Bloomberg, Blackrock, BlaBlaCar, The New York Times, Lyft, eBay, Buffer, Ancestry, GolfNow, Goldman Sachs and many others use Kubernetes in production at massive scale. Three of the largest cloud providers offer their own managed Kubernetes services. Furthermore, according to Redmonk, 71 percent of the Fortune 100 use containers and more than 50 percent of Fortune 100 companies use Kubernetes as their container orchestration platform.

For these reasons and many more outlined here, the CNCF Technical Oversight Committee (TOC) voted for Kubernetes to become CNCF’s first project to graduate. This designation by theTOC benefits Kubernetes in many ways. It signals that Kubernetes is mature and resilient enough to manage containers at scale across any industry in companies of all sizes. As a graduate, Kubernetes is in an even stronger position to grow faster and sustain a vibrant, healthy and diverse technical community. 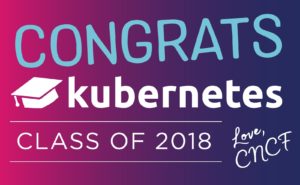 Reaching milestones like 11, 258 contributing developers, 75,000+ commits on GitHub, and 158,000 members in global Meetup groups show how vibrant and far-reaching the Kubernetes community is today. Kubernetes is ranked #3 in the 30 highest velocity open source projects. With rankings like this it’s no surprise that Kubernetes is defined by many as one of the highest velocity projects in the history of open source. Even Redmonk agrees in a recent blog post that it is no surprise that Kubernetes became one of the fastest growing technologies they have ever seen!

The project is so large, with nearly 100 repositories, that we had to develop our own mechanism to manage approval permissions. We have hundreds of approvers, listed in more than 4,000 OWNERS files across the project. To see the impressive ongoing flow of commits and merged contributions, check out CNCF’s Devstats dashboard, which shows thousands of PRs merged per month.

To officially graduate from incubating status, Kubernetes also had to earn (and maintain) a Core Infrastructure Initiative Best Practices Badge. Completed in August of 2016, the CII badge signals a strong commitment to code quality and security best practices.

To sustain this breakneck speed, the project’s governance and community-management practices continue to evolve and mature as the project grows. Early on Kubernetes adopted the CNCF Code of Conduct, and the project recognizes that no contribution is too small or mundane.

On the technical front, Kubernetes issued four releases in 2017. The latest 1.9 release includes a stable core workloads API, beta support for Windows server containers so users can run Windows-based and .Net-based containers on Kubernetes. The project also made huge gains with cloud native storage by enabling CSI support. This makes it easier for storage vendors to support Kubernetes and creates more storage options and openness for end users. The release received more press than the past 5 releases; generating 237 global articles shared more than 4,000 times across social media channels. The Kubernetes 1.10 release is expected out toward the end of March, so stay tuned at http://blog.kubernetes.io/ for release details.

Kubernetes, congratulations! Today is your day. You’re off to More Great Places! You’re off and away! 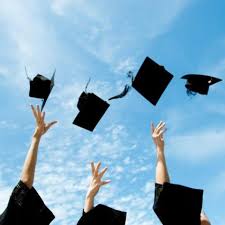