CNCF offered 103 diversity scholarships to developers and students to attend KubeCon + CloudNativeCon North America 2017. In this post, our scholarship recipient Cheryl Fong, student at University of New Hampshire (UNH)majoring in Computer Science, shares her experience attending sessions and meeting the community. Anyone interested in applying for the CNCF diversity scholarship to attend KubeCon + CloudNativeCon Europe 2018 in Copenhagen May 2-4, can submit an application here. Applications are due March 2nd.

By Cheryl Fong, student at University of New Hampshire (UNH)majoring in Computer Science 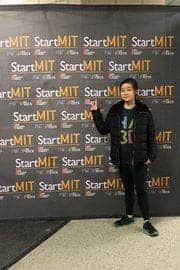 As a fairly new member of the Kubernetes community, my interaction with the community has been overwhelmingly welcoming. Usually offering help even before needing to ask. As a word of encouragement and gratitude, please continue to help each other as you have certainly helped me.

Learning about Kubernetes wasn’t a straight path, it was something I stumbled upon since there was no one around me that has heard of it, and even if they did they wouldn’t know where to begin. It was through learning about operating systems that I found myself in a world all about containers, which lead me to find Kubernetes, i.e. a way to orchestrate containers!

As a college student, it can be challenging to juggle coursework and work on a side project at the same time. Learning about Docker and Kubernetes happened to be just one of those. Finding that balance is tedious but with practice, flexibility and motivation, anyone can do it!

More about who I am

Was I the right person for the Scholarship?

Upon receiving the KubeCon scholarship, it arose ambivalent feelings. Being someone who just got into using Docker and Kubernetes, and probably not having that much practice or good use cases, made it seemed like I won the lottery.

I was indeed happy to be selected but wondered if I was taking someone else’s invaluable spot? Thoughts about whether I was the right person to attend lingered even while I was at the conference.

However, the EmpowerHer event on Day 0 of KubeCon helped me learn to put my self-doubts aside. There were at most 100 women at this event, it was very casual and everyone was deep in conversation when I arrived. No men were to be seen yet.

Meeting a young lady whom I shall call Miss Potential, went on a personal self-growth journey with me that event night. Miss Potential hold a professional composure, though she did not have a college degree, she was employed at WP Engine (a company heavily focused on diversity and equality), felt absurdly insecure. What made it interesting, was that she had the kind of presence that would strike as outwardly confident.

It was through group conversations with the women at the event especially, with the more experienced, high position-holding group of professionals, that a common theme resonated; “Feeling not up to the task happens, it is up to ourselves to improve, keep our emotions in check, know what we don’t know and keep on learning.” I felt a confidence increase after attending this event and relieved as being reassured, and sure as well Miss Potential did too. Many thanks to those who’ve organized this gathering.

There were a myriad of talented and driven individuals from all over the world that attended this conference. KubeCon, the Kubernetes community and CNCF would be very different from what it is today without them.

In not any particular order or preference, I like to mention a few individuals to show admiration and appreciation for what they do for the community and hope that they continue to do so. This doesn’t exclude those who weren’t mentioned.

Marcos was the very first person I’ve met who was attending KubeCon, on the airport #1 bus traveling downtown. If I hadn’t summon the courage to talk to him at the very last minute before stepping off, I might not have met Justin nor would getting around Austin, TX for the first time be so easy. Turns out he was a scholarship recipient, and impressively, he is a Docker and Kubernetes maintainer and as well as the creator for Docker and Kubernetes tutorials e.g. Play with Kubernetes.

Meeting Justin was by accident (he just happened to walk up to the table where Marcos and I were eating hot wings). He was the kind of professor you could feel relaxed hanging out with and could go bar hop. Which was exactly what we did on Rainey Street, that cold night (Day 2 & 3) with a couple of others we’ve just met. He was brilliant in every way imaginable, great at explaining things he worked on and was simply easy to talk to.

Atoms of Confusion is one of the things that he’s currently leading at NYU along with The Update Framework (TUF):

A framework that provides protection against data tampering, key compromise and many other more esoteric attacks and addresses weak links in today’s software update systems and signing strategies.

Watch this video on What is TUF and How to use it.

A Preprocessor in a Statement:

More of these can be found on the Atoms of Confusion data page.

Takuya was among men that came to the EmpowerHer event around the time that it was ending. He traveled all the way from Tokyo, Japan and was also one of the scholarship recipients. Our encounter was interesting as he thought I was some girl from China he met earlier which provided the opportunity for a conversation.

As a contributor to Gitlab, Docker, Kubernetes and Prometheus over his free time, he stretches it further (in addition to having a full time job and a family of four) to organise meetups by providing presentations and inviting guest to speak in Tokyo for these respective technologies as well! In fact, he is also a Cloud Native Ambassador.

His most recent organised meetup:

Here some great people that affected my life positively:

Erica, you have given me more than I can ask for!

Amanpreet Singh from Crowdfire and Balakarhikeyan Raja a scholarship recipient and creator of tweakbytes.com who both traveled all the way from India and made my experience at KubeCon memorable.

Also, Thank you Natasha Woods for helping me put the blog post together and having it live on the Internet!

Not only has KubeCon opened my eyes to new technology, taught me new tricks and skills, provided me motivation, gave me new experiences but also exposed me to a network of people that I still talk to today. KubeCon has all-around improved my life someway.

If you haven’t contributed to Kubernetes before, contributing to the documentation is a good way to start. Open source contribution can be in many forms, it doesn’t have to be code.

Dear reader, if you were interested in applying for the CNCF Diversity Scholarship for KubeCon. I urge you to do so quickly!

I’ll end this blog post with a dynamic photo gallery of what I personally saw at KubeCon. Walkthrough of my experience at KubeCon from Day 0 to Day 3: 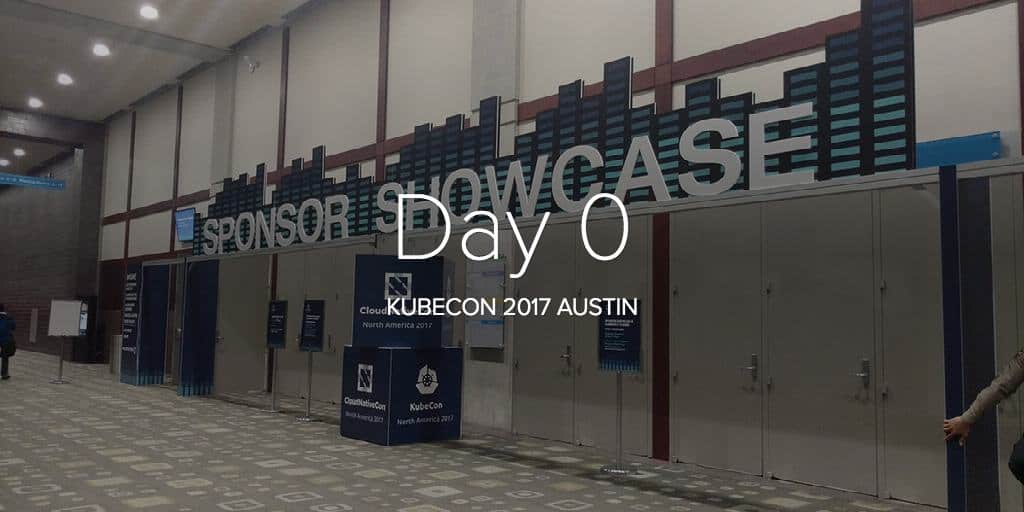 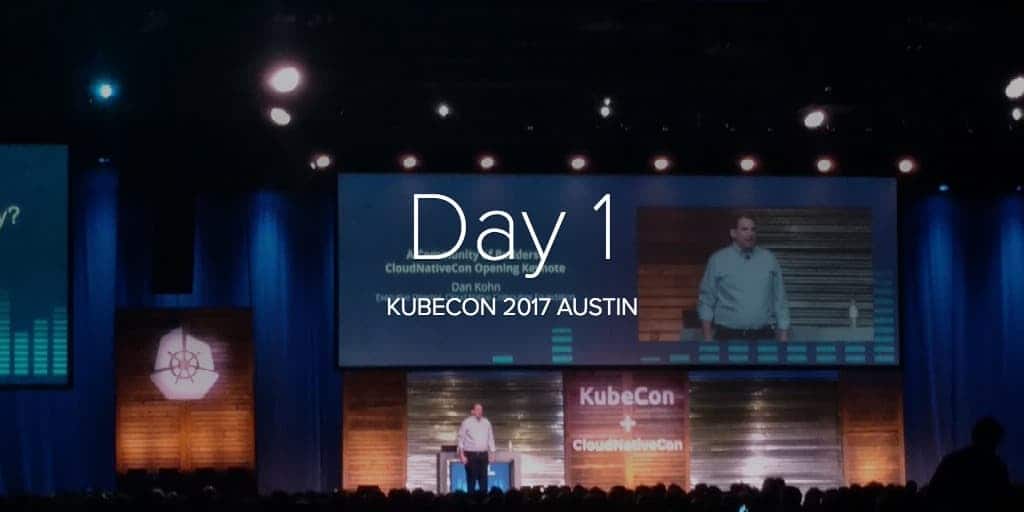 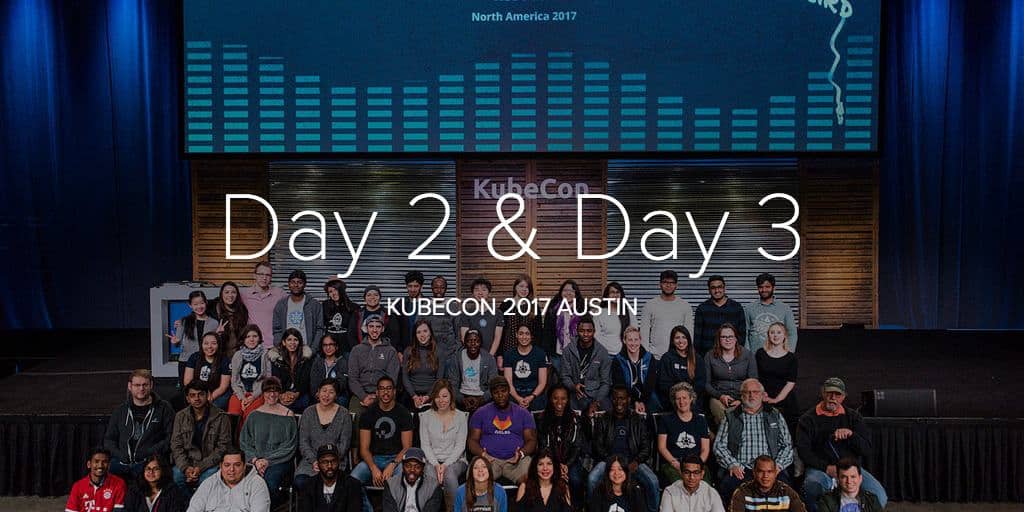