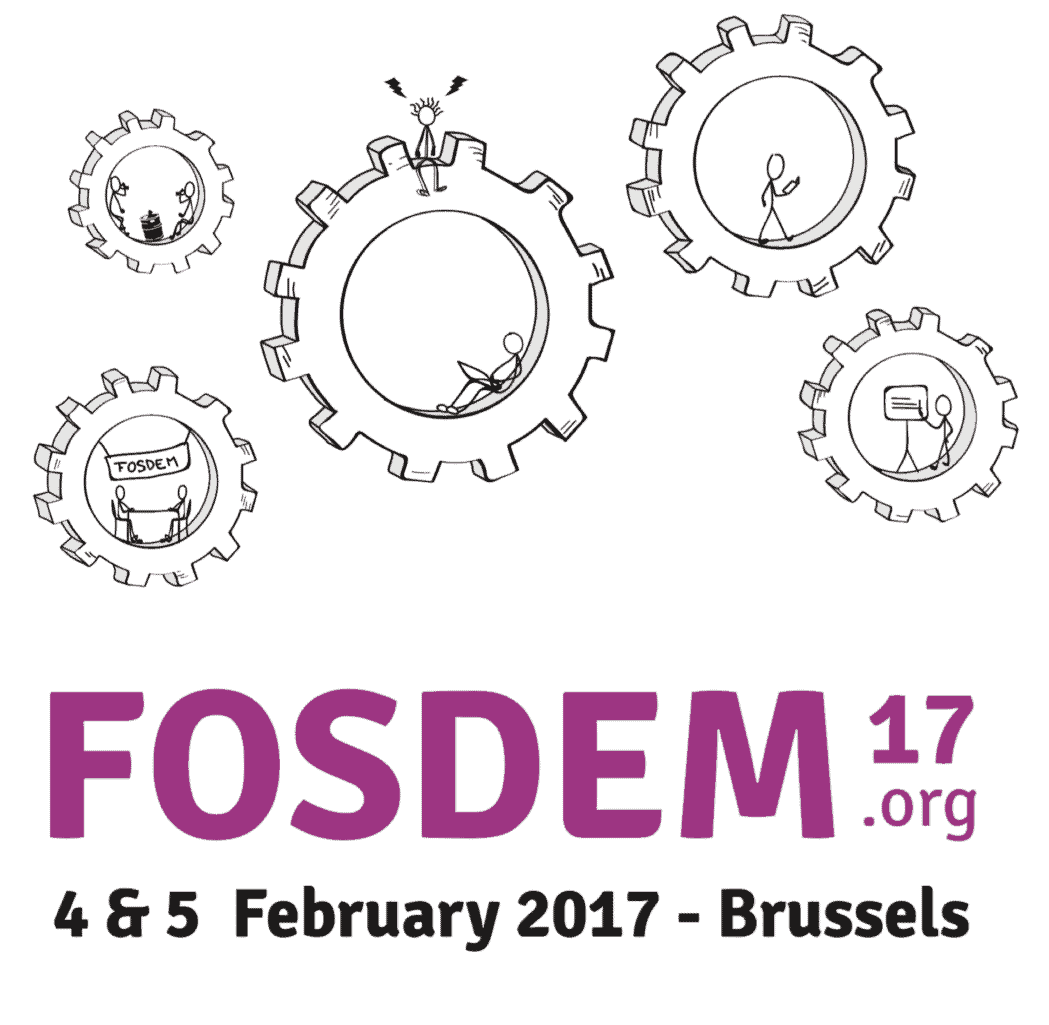 Each year, FOSDEM attracts more than 8,000 developers – as Josh Berkus, the project atomic community lead at Red Hat, puts it, the event is “a great way to reach a large number of open source geeks, community members and potential contributors.” Richard Hartmann, project director and system architect at SpaceNet AG, even dubbed it “the largest of its kind in Europe and, most likely, the world.”

To display some of the cloud native space’s brightest insight and engage with our ever-growing community, we sponsored the Monitoring and Cloud Devroom and the Linux Containers and Microservices Devroom.

On Sunday, the Linux Containers and Microservices Devroom room was overflowing with 200+ infrastructure hackers, devops admins and more – all gathered to learn more about new containerized application stacks, from the practical to the theoretical. The room was at capacity throughout the day. According to Diane Mueller-Klingspor, director of community development for Red Hat OpenShift, it was “so popular that very few relinquished their seats between talks. When people did leave, the entire row just shifted to fill the seat if it was in the middle, leaving an open seat on the end of the row for newcomers. We called this the ‘Open Shift’ – which the audience got a good kick out of.”

That same day the Monitoring and Cloud Devroom kicked off with an equally eager group of developers. The Devroom, which was the largest FOSDEM has to offer, was also packed and demonstrated that as the world moves to cloud- and microservice-based architectures, monitoring is super important to aid observability and diagnose problems.

Here are more highlights from our community ambassadors on why these “grassroots” gatherings foster such excitement in the cloud native community:

Mueller-Klingspor: “Attendees of these Devrooms weren’t just hackers or people hacking on Kube, they were downright serious about the topic of microservices and containers. These developers were looking for information to help empower them to get their organizations up and running – using microservices, containers and, of course, orchestrating it all with Kubernetes. Unlike the FOSDEM Devrooms I’ve attended in the past, the Linux Containers and Microservices Devroom was not filled with dilettantes; everyone here had already committed to the cloud native mindset and was looking for deep technical information to help them get the job done.”

Berkus: “The technical content for the day was really good. In the end, we ended up with a program where most of the talks effectively built on each other – really rewarding the attendees who sat through the whole day (and there were more than a few). From my perspective, the top takeaways for developers who dropped into the Containers and Microservices Devroom were:

Chris Aniszczyk, COO of CNCF: “The presentations were especially amazing for those new to cloud native monitoring. We kicked off with a talk about the history of monitoring and then transitioned into the general categories of metrics, logs, profiling and distributed tracing, along with dives into how each of these is important. My main takeaway from the Monitoring and Cloud Devroom was how critical monitoring is becoming as companies scale out their operations in the cloud. We heard from Booking.com and Wikimedia about some of the challenges they had with monitoring at scale. I was also thrilled to hear the Prometheus project woven into almost every monitoring talk in the devroom; it’s becoming a fantastic open source choice for cloud native monitoring.”

Hartmann: “From my perspective, the main theme of the Monitoring and Cloud Devroom was to help people lead their teams to cloud-native technology and how to enact said change in a way that their teams want to play along. One of the biggest takeaways for developers was to make sure, first and foremost, to focus on user-visible services. FOSDEM is the world’s single largest FLOSS developer conference with dozens of satellite mini-conferences, team meetings and more. Sponsoring these Devrooms helps to support these efforts, gives back to the community and ensures that CNCF gets better acquainted with traditional developers.”

Here’s a list of of speakers and their topics with links to videos in case you missed FOSDEM: