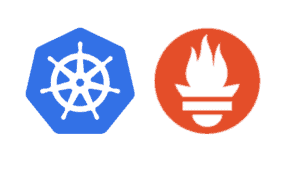 Sometimes two things go so well together you wonder how you ever saw them separately, like peanut butter and chocolate coming together to make Reese’s cups. The combination of Kubernetes and Prometheus invokes the same feeling for Weaveworks, the makers of Weave networking, monitoring and management for containers and microservices.

Director of Engineering at Weaveworks, Tom Wilkie, recently dove into some of the practices the company has developed using these two perfectly paired cloud native technologies over the last six months in his blog post “Prometheus and Kubernetes: A Perfect Match” and recently presented how Weaveworks uses Prometheus to monitor Weave Cloud, which runs on a Kubernetes cluster in AWS.

Digging deeper into Weavework’s use of Prometheus, Brian Brazil sat down with Tom to discuss how Weaveworks discovered Prometheus, what improvements they made to the platform, what is next for the platform and the moment they knew Prometheus and Kubernetes were a “Perfect Match.”  Read on to learn more!

Continuing our series of interviews with users of Prometheus, Tom Wilkie from Weaveworks talks about how they choose Prometheus and are now building on it.

Can you tell us about Weaveworks?

Weaveworks offers Weave Cloud, a service which “operationalizes” microservices through a combination of open source projects and software as a service.

You can try Weave Cloud free for 60 days. For the latest on our products check out our blog, Twitter, or Slack (invite).

Weave Cloud was a clean-slate implementation, and as such there was no previous monitoring system. In previous lives the team had used the typical tools such as Munin and Nagios. Weave Cloud started life as a multitenant, hosted version of Scope. Scope includes basic monitoring for things like CPU and memory usage, so I guess you could say we used that. But we needed something to monitor Scope itself…

We’ve got a bunch of ex-Google SRE on staff, so there was plenty of experience with Borgmon, and an ex-SoundClouder with experience of Prometheus. We built the service on Kubernetes and were looking for something that would “fit” with its dynamically scheduled nature – so Prometheus was a no-brainer. We’ve even written a series of blog posts of which why Prometheus and Kubernetes work together so well is the first.

When we started with Prometheus the Kubernetes service discovery was still just a PR and as such there were few docs. We ran a custom build for a while and kinda just muddled along, working it out for ourselves. Eventually we gave a talk at the London Prometheus meetup on our experience and published a series of blog posts.

We’ve tried pretty much every different option for running Prometheus. We started off building our own container images with embedded config, running them all together in a single Pod alongside Grafana and Alert Manager. We used ephemeral, in-Pod storage for time series data. We then broke this up into different Pods so we didn’t have to restart Prometheus (and lose history) whenever we changed our dashboards. More recently we’ve moved to using upstream images and storing the config in a Kubernetes config map – which gets updated by our CI system whenever we change it. We use a small sidecar container in the Prometheus Pod to watch the config file and ping Prometheus when it changes. This means we don’t have to restart Prometheus very often, can get away without doing anything fancy for storage, and don’t lose history.

Still the problem of periodically losing Prometheus history haunted us, and the available solutions such as Kubernetes volumes or periodic S3 backups all had their downsides. Along with our fantastic experience using Prometheus to monitor the Scope service, this motivated us to build a cloud-native, distributed version of Prometheus – one which could be upgraded, shuffled around and survive host failures without losing history. And that’s how Weave Cortex was born.

Ignoring Cortex for a second, we were particularly excited to see the introduction of the HA Alert Manager; although mainly because it was one of the first non-Weaveworks projects to use Weave Mesh, our gossip and coordination layer.

I was also particularly keen on the version two Kubernetes service discovery changes by Fabian – this solved an acute problem we were having with monitoring our Consul Pods, where we needed to scrape multiple ports on the same Pod.

And I’d be remiss if I didn’t mention the remote write feature (something I worked on myself). With this, Prometheus forms a key component of Weave Cortex itself, scraping targets and sending samples to us.

What do you think the future holds for Weaveworks and Prometheus?

For me the immediate future is Weave Cortex, Weaveworks’ Prometheus as a Service. We use it extensively internally, and are starting to achieve pretty good query performance out of it. It’s running in production with real users right now, and shortly we’ll be introducing support for alerting and achieve feature parity with upstream Prometheus. From there we’ll enter a beta programme of stabilization before general availability in the middle of the year.

As part of Cortex, we’ve developed an intelligent Prometheus expression browser, with autocompletion for PromQL and Jupyter-esque notebooks. We’re looking forward to getting this in front of more people and eventually open sourcing it.

I’ve also got a little side project called Loki, which brings Prometheus service discovery and scraping to OpenTracing, and makes distributed tracing easy and robust. I’ll be giving a talk about this at KubeCon/CNCFCon Berlin at the end of March.