Alibaba Cloud is one of 9 platinum member to join CNCF or upgrade this year, alongside AWS, Dell Technologies, Mesosphere, Microsoft, Oracle, Pivotal, SAP and VMware.

“As cloud native technologies make cloud portability possible, we see all the major cloud providers invest in Kubernetes while boosting their own competitive service offerings,” said Dan Kohn, Executive Director of the Cloud Native Computing Foundation. “We’re thrilled Alibaba Cloud decided to upgrade to platinum membership of CNCF after being such an active gold member. As one of the leading cloud providers in the world, the company offers tremendous knowledge and experience that benefits CNCF projects and our entire community.”

Alibaba Cloud has contributed to CNCF projects including Kubernetes and containerd. CNCF certified the Alibaba Cloud Container Service at the launch of the Certified Kubernetes Conformance Program last month.

“Alibaba Cloud is the biggest provider of cloud computing services in mainland China and third largest infrastructure as a service cloud computing provider worldwide. As enterprises throughout the world look to modernize application environments, we are here to lend our expertise,” said Hong Tang, Chief Architect at Alibaba Cloud. “As part of the CNCF community, Alibaba Cloud is adopting technologies developed through CNCF projects, contributing code to the projects and collaborating with fellow members.”

Alibaba Cloud is exhibiting this week as a Platinum Sponsor of KubeCon + CloudNativeCon in Austin where Mr Tang also spoke at a panel, sharing insights regarding Alibaba Cloud’s massive scalability backed by hybrid cloud and container technologies, which facilitated a record-breaking 325,000 orders per second at peak during the 2017 11.11 Global Shopping Festival. Alibaba Cloud is also a member of The Linux Foundation and Xen Project

How to think about securing Kubernetes with WAF and DoS protection 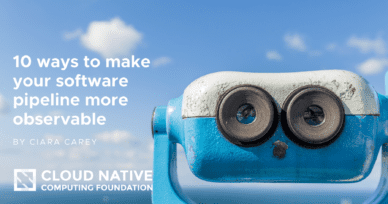