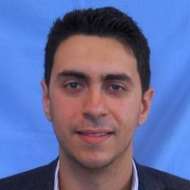 Adel is a product manager at Red Hat who loves tinkering around with container runtimes and networking. Previously, he was part of SAP's project Gardener's core team where he developed and maintained the networking stack including extensions to support various CNI plugins, Gardener's reverse-tunnel, its first integration testing framework, and more. Before that, he jumped back and forth between research and industry with a special focus on Software-Defined Networks and Storage in the cloud-native context.