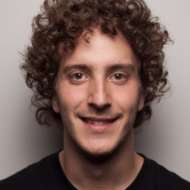 Gianluca Arbezzano is an SRE at InfluxData. He is a big Open Source contributor for several projects including and not limited to Zend Framework, Docker, and InfluxDB. He is also a Docker Captain and a CNCF Ambassador. He is passionate about developing best practices for developers worldwide and has recently been focused on building scalable infrastructures on top of AWS, DigitalOcean and OpenStack.

He is familiar with several programming languages, such as Javascript and Golang and is an active speaker, sharing his experiences and knowledge on projects that he is contributing.

CKAD, Ambassador
containerd, CoreDNS, Kubernetes, OpenTracing
Observability, Application and Development, Runtimes
Developer
Site Reliability Engineer
InfluxData
Italy
https://github.com/gianarb
https://twitter.com/gianarb
https://gianarb.it
English, Italian
Prefer not to say
International
This website uses cookies to offer you a better browsing experienceFind out more about how we use cookies and how you can change your settings